These Western Canadian cities have the best investment potential 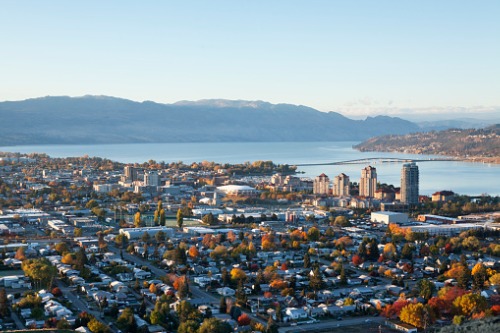 Property investors looking for bright spots in Western Canada should place their bets in cities such as Kelowna, Prince George, Chilliwack, Lethbridge, and Moose Jaw.

According to an analysis by Western Investor, British Columbia's Kelowna is the best city to invest in next year. The city is currently experiencing a development boom, making it a viable spot for property investment.

"It's gratifying to see the city's long-term vision for this area becoming a reality. The mixture of commercial, industrial and residential properties create a dynamic and attractive hub of development where people can work, live and enjoy leisure time all in one spot," Kelowna Mayor Colin Basran told Western Investor.

Prince George, another British Columbia city, also boasts positive investment prospects. The city is expected to post economic growth of 1.5% this year and 1.7% next year.

The Conference Board of Canada named Prince George one of the mid-size cities for best economic growth.

"Thanks to a healthy real estate market, finance, insurance, and real estate will be Prince George's fastest-growing industry over this year and next. This sector is forecast to expand by 2.6% this year, and 2.7% in 2020," market watcher Frank O'Brien said in a think piece in Western Investor.

The third-best city for investment is Chilliwack, BC. The recent opening of the $200m Molson Coors brewery is one of the major selling points of the city, which is poised to become an industrial real-estate hotspot.

Coming in fourth place is Alberta's Lethbridge. Amid the province's slowing economy, Lethbridge managed to record growth over the past two years. The city's diverse economy helps keep its steady growth.

Saskatchewan's Moose Jaw is another city to watch out for. It recently welcomed agricultural powerhouse Carpere Canada, which plans to develop a high-tech industrial park in the city to partner with local producers.