Should real estate investors be cheering for a resolution to the US-China trade war? 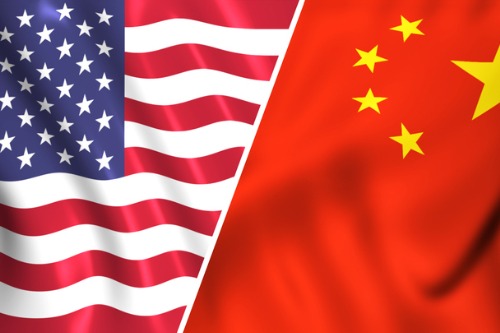 On November 7, after roughly sixteen months of a trade war that has spread its stink across the global economy, the US and China announced a potential breath of fresh air: Progress was being made toward a “phase one trade deal”. Such a deal, when completed, would reportedly lead to a rollback in the colossal tariffs each combatant had imposed on billions of dollars’ worth of the other’s goods, subsequently paving the way to a broader agreement and increased stability in the global economy.

Predictably, the message coming out of Washington was both confused and confusing. White House economic adviser Larry Kudlow told Bloomberg, “If there’s a phase one trade deal, there are going to be tariff agreements and concessions,” but in the week following the announcement, President Trump repeatedly refused to commit to any tariff rollbacks.

Adding to the uncertainty, the US held back on increasing tariffs from 25 to 30% on $250 billion of Chinese goods on October 15 but is still scheduled to levy 15% tarrifs on an additional $156 billion in Chinese goods, including cellphones, laptops and toys, on December 15.

The uncertainty injected by the US-China clash into the global economy has limited large-scale investment the world over, as both countries and corporations alike have little appetite for spending in an environment that could turn sideways with as little as a cranky tweet.

Diminished economic activity is rarely good news for real estate investors, but the fog generated by the US-China trade war has actually been a net positive for anyone purchasing property in the last year.

“In a very roundabout way, I think the trade battle has actually kind of helped revive the Canadian housing market,” says BMO chief economist Doug Porter. “Obviously, a lot of things have gotten us here, but I do think the decline in long-term interest rates is a big factor, and a big reason why long-term interest rates have come down is because of the trade battle.”

Porter isn’t too bullish on a grand bargain being signed between the US and China – “I think what we’re mostly likely to get is a small deal that tides us over til the 2020 election,” he says – so investors could be looking at a favorable lending environment for the next several months.

According to Porter, a small deal won’t likely be enough to lead to rate increases, as such a scenario wouldn’t be enough to break the current stalemate. But a full-scale agreement in which both countries provide and receive key concessions could, once global growth gets back on track, force the Bank of Canada to push interest rates higher.

Porter acknowledges the mixed feelings investors may have about once again seeing interest rates increase. “However,” he says, “I think that would be offset by a better tone to the global economy.”