How will Kelowna market fare in 2020? 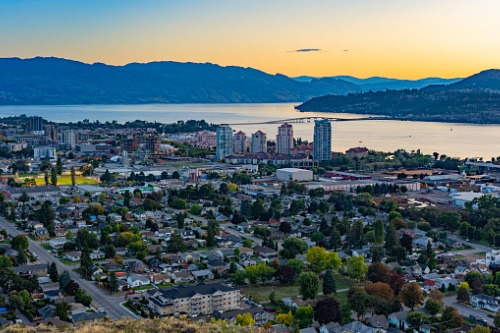 After witnessing a slump in sales over the year, the Kelowna housing market is expected to find balance next year, according to the latest market outlook by RE/MAX.

RE/MAX said several factors could impact Kelowna's housing market next year, including taxation, weather patterns, and the lower mainland's economy. The average residential sales-price growth in the region is projected to be flat next year.

"The projected population growth for BC – approximately 50,000 new residents between now and 2040 – will also have a large impact on the housing market in the region as we look ahead to the next 3-5 years," RE/MAX said.

Of all property types, condos and detached homes with up to two storeys are expected to be the most popular. Buyers are likely to go after neighbourhoods such as Lower Mission and Westbank Centre for homes.

Kelowna North is projected to be the hottest neighbourhood due to its proximity to the downtown core, lake, and current development growth.

"Move-overs and first-time homebuyers are expected to drive demand in 2020 while luxury home sales in the region have tapered off year over year as a result of the new speculation tax impacting those with another primary residence," RE/MAX said.