"Expect rental demand to grow rapidly in the years ahead." 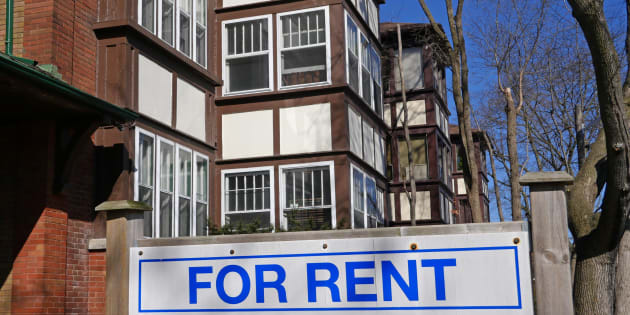 PETERSPIRO VIA GETTY IMAGES
File photo of a rental sign.

Canada's housing crunch is like a game of whack-a-mole. Solve one problem, and another pops up somewhere else.

Runaway price growth for single-family homes is a thing of the past in Toronto and Vancouver today, thanks to rising interest rates and tougher mortgage rules. But with prices still high, buyers have turned to other options. Or really the one other option that exists: condos.

Watch: How much house can Canada's "peak millennials" afford? Story continues below.

Over the past year, RBC's affordability measure for condos worsened three times faster than it did for single-family homes. The gap between renting and owning a condo is the largest it's ever been. 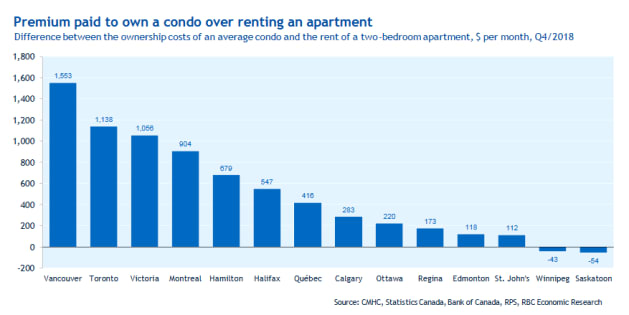 RBC ECONOMICSOf 14 cities for which RBC crunched the numbers, in only two -- Saskatoon and Winnipeg -- is it cheaper to own a condo than to rent an apartment. 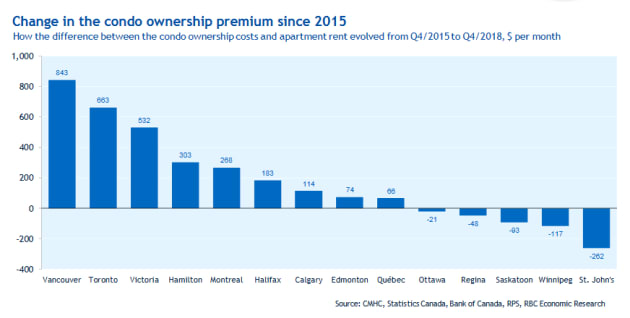 RBC ECONOMICSThe gap in costs between renting and owning has soared in many Canadians cities, but has decreased in Ottawa, Regina, Saskatoon, Winnipeg and St. John's.

"And it's not because rent is cheap or became less expensive over that interval," the RBC economists noted. "Rent increased by an average of 6.4 per cent in Vancouver, 4.4 per cent in Toronto and 7.6 per cent in Victoria in the past three years."

All of which means would-be homebuyers will likely be renters for much longer from here on in.

"Expect rental demand to grow rapidly in the years ahead," Wright and Hogue wrote.

Rental housing is not keeping up with demand. A recent study by GWL Realty Advisors estimated Toronto needs to be building 25,000 rental housing units per year to keep up with demand, but has been adding only around 14,000 rental units (condo rentals and purpose-built apartments) per year.

Vancouver needs about 12,000 rental units per year, but is seeing only about 3,400 completed per year.

It's not all bad news. Thanks to declining or flat single-family home prices, overall housing affordability improved slightly in the fourth quarter of 2018 in Toronto and Vancouver, the country's two priciest markets, RBC said.

But that "doesn't really change the big picture," the RBC report concludes — that affordability continues to be an acute problem.

Looking forward, the outlook is "somewhat" brighter, RBC said, as interest rates aren't likely to rise much further and may even fall.

"Our forecast for Canada calls for prices to remain unchanged. Current trends even point to likely declines in Vancouver and Alberta markets," Wright and Hogue wrote.

"And with the tight labour market poised to keep household income growing, the stars are aligning for more affordability relief in the period ahead."