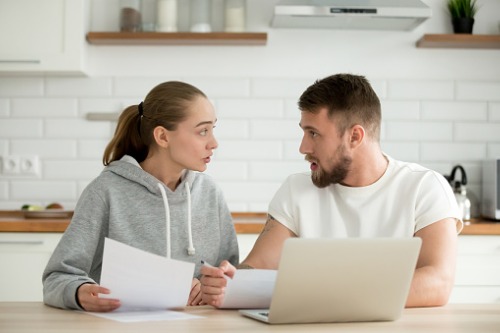 Gender stereotypes hold true for many aspects of running a household according to a new survey.

If women are more interested in the kitchen when viewing a potential new home while men are keen to check what maintenance tasks may be required, that’s because she will typically do most of the cooking (62% said so) while he will take on most of the basic home maintenance (84%).

But the poll from Insights West found that couples are more balanced in their handling of household finances.

Mortgage decisions are more evenly split with about half saying it is a shared decision while 18% of women and 27% of men say they take the lead.

Insurance decisions are mostly a joint decision although 38% of men and 28% of women say they lead this.

For bill-paying only a third say it is handled equally with nearly the same percentage of men (48%) and women (55%) saying they are primarily responsible.

While older generations are most likely to fall into gender stereotypes for household chores, the changing attitudes of younger Canadians has not seen quite the pace that may have been expected.

“When we first hypothesized about the results of this study, we were hoping to disprove pre-existing stereotypes of household chores and decision-making,” says Steve Mossop, President of Insights West. “Unfortunately, many of us were dumfounded with the results, feeling that in many ways—the younger generation’s way of splitting household tasks was perhaps not as equitable as we thought it would be.” 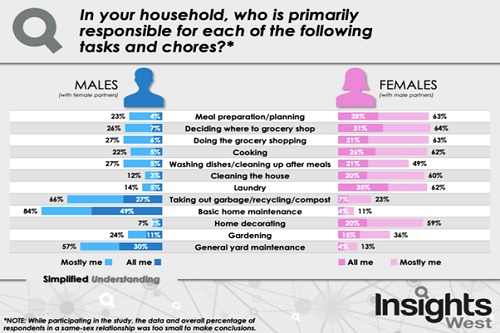