Canada's most walkable cities according to Redfin 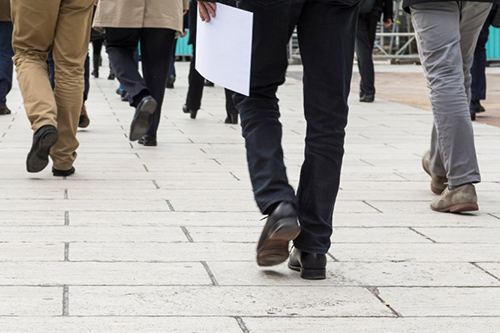 Urban living in an age where the environment is a key focus means amenities on your doorstep but some cities are doing it better than others.

None of Canada’s cities of 200K+ population achieve full walkability but Vancouver is the closest, with a Walk Score of 79.8.

"Over the past 10 years, Vancouver has placed a strong emphasis on development that supports walkability. Many of the new developments are focused on areas that are close to transit—specifically our monorail system," said Redfin Vancouver market manager Brooks Findlay. "The city itself has also been very focused on building new walking and bike paths, allowing for a green commute and discouraging single-driver vehicles. Many young professionals in Vancouver don't even consider owning a car. Developers have created mini villages in high-traffic areas, meaning you don't have to travel more than five or six blocks to get anything you need."

Toronto waterfront, underground
Montreal is placed second in the national ranking with a score of 65.4 while Toronto has a score of 61.

"A lot of Toronto is connected underground, so when it gets cold in the winter, there are still ways to get around. Then there's the boardwalk, which allows people to walk across much of the city right on the waterfront," Redfin Toronto market manager Blair Anderson said. "One thing people don't always realize about Toronto is that there are lots of nature walks and trails right in the city. If it was just a concrete jungle, people wouldn't be so inclined to walk places, but since it's so beautiful, walking is appealing. Plus, city traffic is less than desirable these days, so being able to get around on foot is very advantageous."