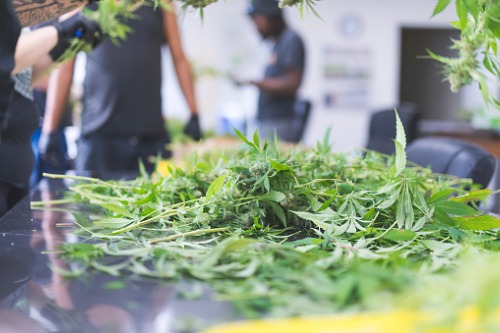 A year ago there was anticipation that the legalization of cannabis would produce strong results in the commercial real estate market in Western Canada.

This appears to have been over-stated according to a new report from RE/MAX Western Canada.

Factors including a limited roll-out of retail cannabis space in British Columbia has led to a decreases in total dollar volume across all property types in some markets – such as the 69% year-over-year decline in Greater Vancouver.

"While we anticipated the legalization of cannabis to drive prices and sales up in the commercial real  estate market this year, a variety of factors including overall supply, stigmas, approval times and licensing restrictions have impeded commercial property growth across Western Canada – particularly in British Columbia," says Elton Ash, Regional Executive Vice President, RE/MAX of Western Canada. "Despite the pressures, we're starting to see the market steady and 2020 looks more promising."

There have also been some economic issues that have weakened overall CRE performance in the West.

Oil and gas pricing, farming industry performance, and global trade disputes have all added to a below-par CRE market in cities such as Regina, Edmonton and Calgary.

Saskatoon though, has seen a benefit from out-of-province investors taking advantage of lower prices.

"Commercial markets in the prairies and in Alberta are still not out of the woods yet. Economic recovery across the region is taking much longer than anticipated, negatively impacting the commercial property market," says Ash. "While we anticipate modest growth in 2020, uncertainty such as global trade disputes, and oil fluctuations will continue to loom over the region."