Canada May Be Expensive For Middle Earners, But For The World’s Rich, It’s A Bargain 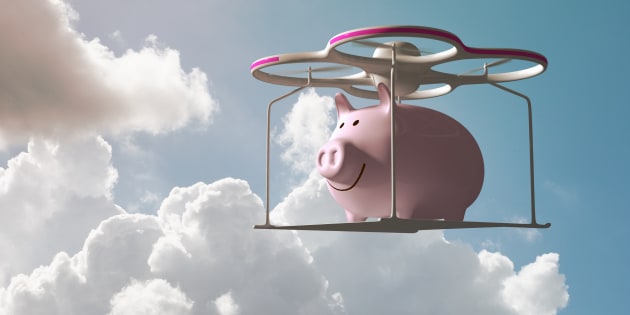 MONTREAL — Canada has become one of the world's hottest destinations for wealthy migrants, and one clear reason for it is low housing costs.

While Canada's largest housing markets are, overall, some of the least affordable in the world, that's not the case for the world's wealthy, who enjoy house prices here well below what they would pay in many other destinations, research shows.

Canada saw the world's third-largest influx of rich migrants in 2018, according to a report from market research group New World Wealth. Only the United States and Australia saw a larger gain. 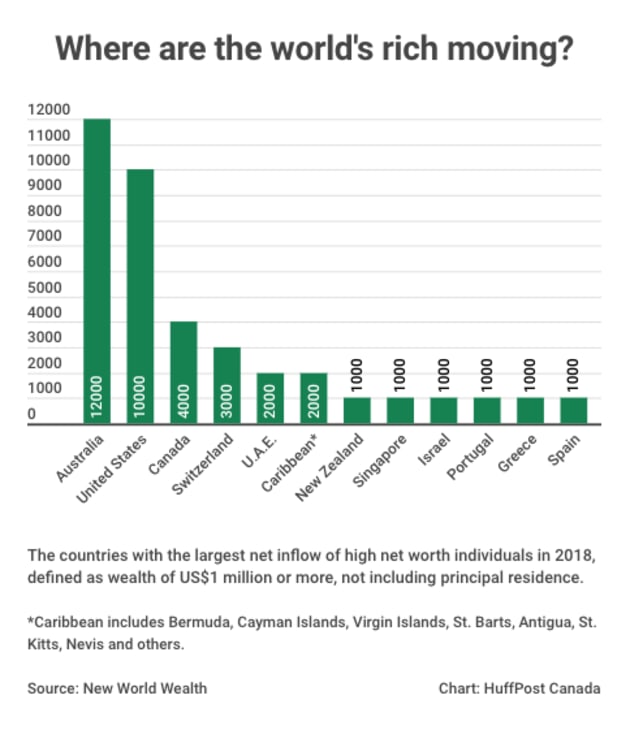 Canada added 4,000 "high net worth individuals" (HNWIs) to its population in 2018, meaning people with US$1 million or more in wealth, not including their principal residence.

That comes amid an unprecedented migration of the world's wealthy, primarily from developing countries to wealthier, more stable developed countries.

The largest outflows of rich people came from China, Russia, India and Turkey, in that order, which together lost 31,000 millionaires in 2018. Overall, some 108,000 millionaires switched countries in 2018, up from 95,000 the year before.

Investor visa programs — which allow a wealthy person to settle in a country in exchange for an investment in that country — have become an increasingly popular mechanism for the wealthy to migrate. Canada has a number of these programs.

The report said the top reason for millionaire migration is safety — particularly the safety of women and children.

Millionaires are also leaving their home countries due to "lifestyle" concerns such as climate, pollution, space, nature and scenery. Concerns about the standard of living, taxes, education and oppressive governments also factor into the equation, New World Wealth said.

Those who choose to settle in Canada will pay very affordable housing costs, compared to other hot-spots for millionaires, new research from real estate site Point2 Homes suggests.

In Canada's priciest luxury market, Vancouver, the cost of a luxury condo comes out to $11,605 per square metre, or just one-seventh what it would cost in world-leading Monaco, and less than a third of the cost in Hong Kong.

"The results show that Vancouver might be expensive, but only for Vancouverites. The other cities in our analysis completely eclipsed Canada's most exorbitant market," Point2 Homes said in a blog post.

The millionaire migration trend is set to intensify in the coming years, according to New World Wealth and other researchers, and the result will be that a larger share of Canada's population will be rich.

A study from Credit Suisse last year estimated that Canada's millionaire population is expected to explode by 54 per cent in the five years to 2023, ten times faster than overall population growth.

That estimate was made based on projections of current trends in wealth, and it assumes Canada's housing market will continue to clock healthy price gains.

"One of the assumptions behind the increase in the number of millionaires is that Canadians' housing wealth will continue to rise — no collapse in that market," study co-author Jim Davies told CBC News last year.